When you envision most K-pop idol groups, their concepts can easily come to mind. It’s not a surprise given that these images are constructed across a lot of different platforms and repetitively reinforced through song, videos, variety, photoshoots, and other promotional means. When it comes to identifying the idols pushing the conceptual boundary at the contemporary moment, most will point to Orange Caramel or Crayon Pop. 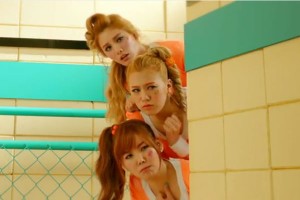 These two groups are the most relevant groups with the ‘bizarre’ concept. When you think of what their next song or music video is, you can’t readily peg down their concept to a singular theme such as ‘sexy’, ‘aegyo’, ‘hip-hop’, etc. What makes these groups the embodiment of this offbeat image and are they truly pushing the boundaries of K-pop originality?

If their history of releases from Orange Caramel has proven anything, it is that they are likely capable of releasing anything. This uncertainty is at times exciting and can give great flexibility for future releases. Recently, they returned to the scene with a fish themed MV for “Catellena.”Their original debut concept revolved around the ‘One Asia Project.’ They would take inspiration from particular cities in Asia and apply that to a promotional theme. With their most recent releases their unique take on a fusion of cultures remains but in a more subtle manner. The artistic package is evolving into a form which includes the ‘One Asia Project’ rather than simply centering on that idea.

Coming into the K-pop scene during the post-disco revival, Crayon Pop has really hustled to make a name for themselves within the industry.  Resorting to unorthodox promotional tactics (like the popular flash mob) for idols at the time, they worked on building a brand off their eccentric characters. Although their personalities had projected a silly abandon of any pretense, they truly started to capitalize and expand on highlighting their personalities with subsequent releases like “Dancing Queen.” Eventually they struck viral gold with their hit, “Bar Bar Bar” last year. Their matching striped helmets in tow, I would argue they have been able to connect to Korean audiences on a more personal level.

Despite debuting with different conceptual direction, what these two groups have in common is their disregard at maintaining any one image. They aren’t afraid to be silly and the tone of their MVs is often light-hearted and humorous. Their personalities although not individually distinct are as a whole extremely bright and energetic. Their styling is certainly unique and at times can seem feel like a cosplay outfit pulled straight out of a convention. Nonetheless their styling makes an impact on the overall quirkiness of these groups. Oftentimes, their upbeat pop songs add a variety of elements such as disco or Euro house to make them sound novel while maintaining discernable hooks (see: “Bing Bing” or “Lipstick”). 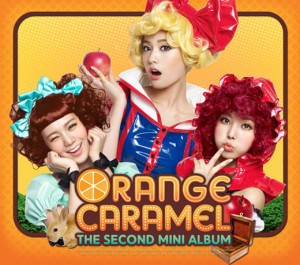 These groups also have an air of Camp about them. According to Susan Sontag, “Camp rests on innocence. That means Camp discloses innocence, but also, when it can, corrupts it.” This Camp sentiment is certainly applicable to these groups. Both of these idol groups at times exert expressions of aegyo in their visuals but at the same time disrupt the perception of being solely cute. By invoking the Camp style, they have been able to set themselves apart from their contemporaries. Their wacky styles are packaged so cohesively that the masses will find a way to connect and enjoy their product differently whether it be in style, song, or MV.

A comment often left by netizens are that these groups will perform well in Japan. And though both groups have promoted in Japan, neither has found a foothold in the crowded Japanese marketplace. Perhaps it is because other J-pop stars – Kyary Pamyu Pamyu or Momoiro Clover Z – already occupy the unconventional, silly image in the Japanese market. The association of Japan as an area where uniqueness thrives is a testament to how Orange Caramel and Crayon Pop are both regarded by the Internet community. They are a breath of fresh air in a K-pop space which has predominant success in images not as strange.

Crayon Pop has also drawn comparisons to Psy after their viral success last year. In addition, Orange Caramel has acknowledged Crayon Pop as their conceptual buddies, reigning in the realm of strangeness. Surely, these groups aren’t the only ones that express this disregard with acting in a strictly defined manner. There has been growing popularity with stars that emphasize this abandon for sticking to the societal normative. Music videos from Crazyno andUlala Session gained success last year for showcasing deviance from the rules of behavior in society. This type of attitude seems to be a growing sentiment with the younger generation allowing these groups to expound upon more unconventional expression. 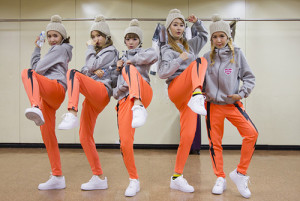 Orange Caramel and Crayon Pop are necessary for K-pop. They give K-pop more material for virality and continue to push the envelope for expression. To be able to identify with the personality and sentiments they express gives meaning and purpose to the significance of their work. As the main selling points for other groups focus on sexuality, dance pop, and/or cuteness, a focus on humor and offbeat 4D personalities has given Orange Caramel and Crayon Pop a sense of creative autonomy. 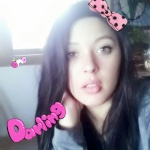 captainsprunchz wrote:Their original debut concept revolved around the ‘One Asia Project.’ They would take inspiration from particular cities in Asia and apply that to a promotional theme. With their most recent releases their unique take on a fusion of cultures remains but in a more subtle manner. The artistic package is evolving into a form which includes the ‘One Asia Project’ rather than simply centering on that idea.

Their original debut concept actually revolved around Candy Culture(cute and colourful) i.e. in 2010 with their Magic Girl and A~ing singles, then came their One Asia Project singles i.e. Bangkok City and Shanghai Romance.

Sexy is common and timeless but silly, cute, quirky and creative takes imagination to convey the imagery the group intends to the audience while trying to sing a catchy song

. For this, I applaud Orange Caramel and Crayon Pop for coming back over and over again with hits that sound good and look good visually in music videos and live performances

Different is always a better choice XD
In Kpop World (and in the music) where concepts follow the trend, who choice to do something different have more possibilities to 'win'. Like CP, I don't like them so much, but they're unique and I like it. OC are amazing, I love they concept and they're so charming and powerful. My friend (he doesn't love kpop) listen Lipstick and Catallena (First kpop mv) and he falls in love with them (and now he sends me a loto of message XD) beacuse they're different and unique, their songs are catching and cool. 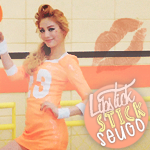