After School’s Raina: “San E Is Not My Style” 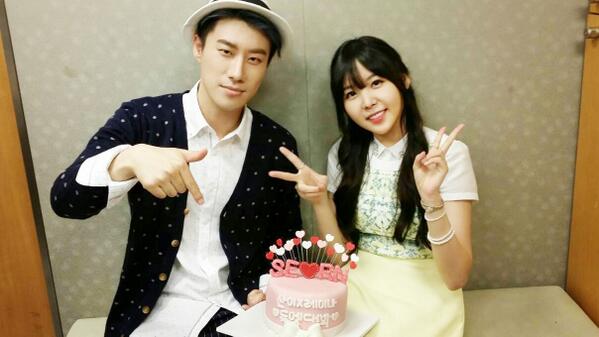 Raina of After School has shared her thoughts on working with rapper San E.

The idol was a guest on the June 30 broadcast of SBS Radio PowerFM’s “Two O’Clock Escape Cultwo Show” and made an appearance during the corner titled “Moments of My Life I Thought I Would Not Forget.”

As Raina and San E are currently enjoying popularity with their hit duet “A Midsummer Night’s Sweetness,” she was asked to share the meaning behind the title. “The ‘sweetness’ in the title refers to things like fried chicken and beer. I actually promoted the song by giving out honey water. I thought it would be refreshing to give out honey water, so I personally ordered it and gave the drinks to others,” she explained.

Regarding her duet partner San E, she said, “As a man, he is not my style. We are doing our best when acting on stage. Our relationship is driven by money,” and continued, “As San E comes from Atlanta, he is honest. He also compliments others a lot.”

“San E is a good older brother. He is not a bad guy, but simply treats all women well. ‘Hyosung, how are you so pretty? Uee, you’re the best!’ He is like this,” Raina laughed as she demonstrated San E’s style of interacting with the ladies. 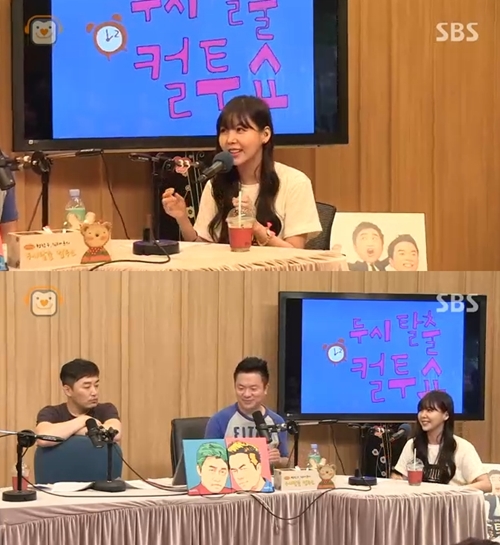