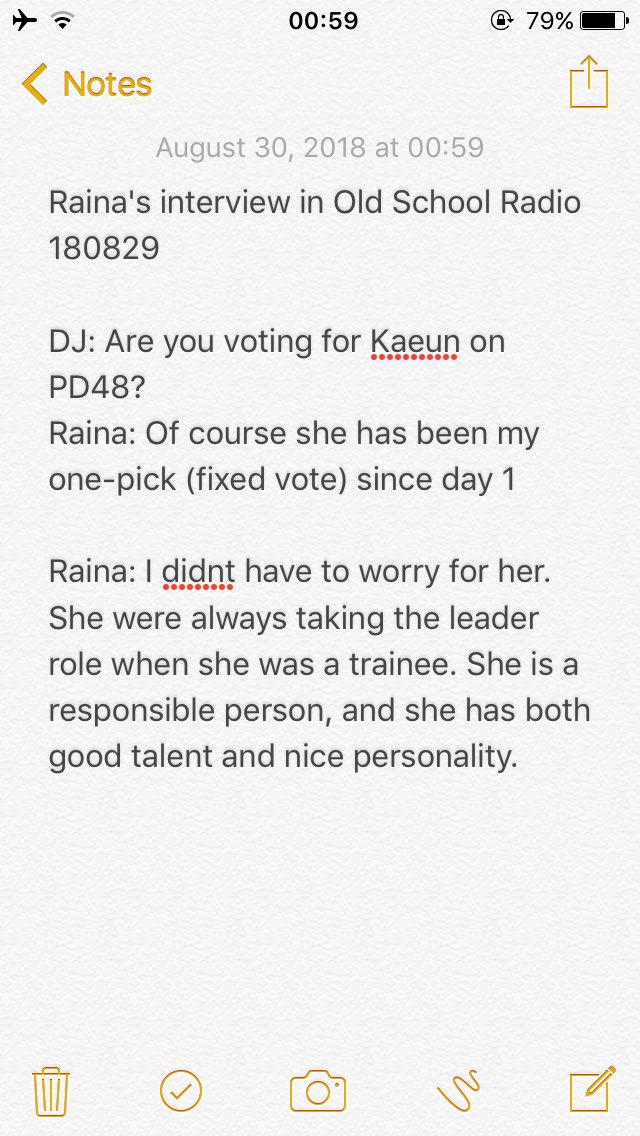 2. Q: what is the cons and pros of promoting alone?
Raina: for pros, it's convenient to move around and prepare for things faster
For cons, it's boring... and lonely..

3. Raina's management team Raina has her own management team! The team are most new employees in Pledis, so they work super hard. Once Raina has live broadcast, the manager called her but she didn't pick up the phone...

... so the new manager went all the way to Raina's house to ring the bell. He was so scared if Raina were sleeping and forgot about the show.

4. Raina said After School members meet really often, even though they don't post photos on SNS a lot. They would visit each other's house and sing. Recently it was Jungah's birthday so they visit her house and Jungah made Shabu Shabu for the members.

5. Q: When will AS comeback? Raina: "I want to comeback, the members do too. We heard many people saying that it's a pity for AS. Recently I was really surprised when I read an article that listed AS as the most legendary performance in Kpop"

Raina: "... hearing that make me feel really sad (they are good but they cannot comeback). Anyway, I think the reunion day will come soon. For now, everybody is working on their own jobs"