This was posted on a K-pop forum. It is describe as a supposed picture of two possible future After School members: Nayoung (a.k.a. Kyungmin) and Sohee. 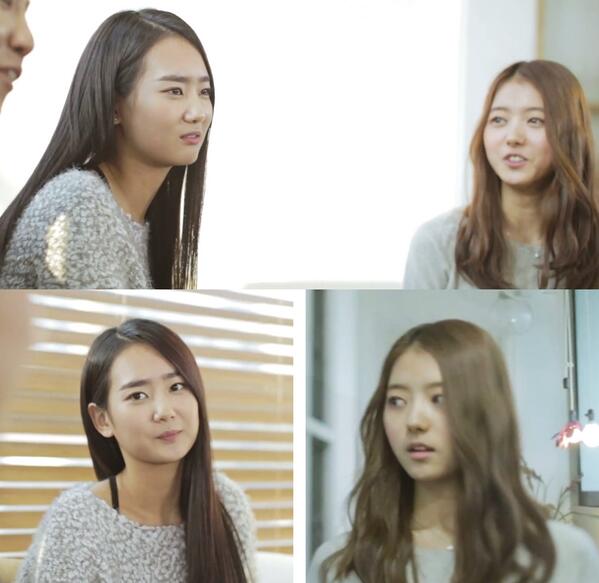 Some fans were saying they could see these two in a sub-unit with E-Young and Kaeun. I could see that and I'd like that...but I don't want anyone to graduate 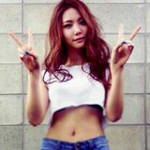 I don't want anyone to graduate too

I haven't even got to know Kaeun that well yet and now the thought of new members being admitted... I really would like more stability from After School's member line up but if members want to leave then I guess it can't be helped

Dey not so cute..how bout dem vocals tho?

I wouldn't mind seeing two new members added to the current lineup. I would also like to see them in a subunit with E-young and Kaeun.

Additions don't necesserily mean members leaving. On first hand, the group was supposed to keep growing until 10-12 members, only the circumstances made it always stay under 9 members. Just notice how, except for So Young (and she was replaced with Nana), the other graduations weren't previously planned by the staff. Those happened after the additions were announced, even Kahi's. She was supposed to be in Flashback too, but she expressed her wish to leave inmediately. Only her Japanese contract obligated her to stay until AVEX's deal with her was over. That's why she got to say goodbye on the Playgirlz tour first instead of a Korean event.

If 2 girls were to enter, it doesn't necessarily mean 1 or 2 may leave. At this rate, knowing Pledis have trainees hidden, I'd see more likely a graduation without an addition planned than an addition that brought to a near future graduation.

Some fans had already been discussing about Uee or Nana, due to their individual duties.

If 2 girls were to be added, probably would be because of this E-Young/Kaeun sub-unit. Depending on what Pledis could have in mind. But everything is just hypotethical.

To me adding 2 members for a sub-unit with the maknaes, would only make sense if they were to become a band. If not, they're not needed for that. I'd be interested in seeing a 10 piece groups. I like large groups like that, I like how they can pull off certain routines that impact the viewer because of the number of people coordinated in a dance and the effect that provokes.

Others will love it, for sure. But what I love from my favorite groups is the fact they can cause this impact. What it annoyed me that AS wasn't able to keep a 9-member line up, was the fact I like songs like Bang! with those much members on a stage.

One of my favourite groups ever shrinked from 7 to 4 and, althought I still like them, nothing compares to the time they were 7. Not even when the original 3-members group was in.

3,4-members units, I like those when all the members have strong vocals and can harmonize.

I still find a pity that mostly K-Pop large groups can't even do that, but for the dance moves, I like them larger than 4.

5-6 members for bands who focus on doing your usual Pop with some nice dance moves.

from 8 to 14/16 for bands who are ambitious with their dance routines.

If 2 girls were going to be added for both the main and a sub-unit, then I wish that nobody graduated for at least a year. Otherwise, a unit of E-Young playing the guitar and Kaeun singing wouldn't seem that weird to me. Some folk-rock thing, maybe.

I just hope no one leaves at the moment. If possible I hope that they break up into subunits again.

i really don't want to see any of the members to graduate just yet.they should at least stick to this current members for another 1 or 2 years.

well they are pretty. i think they'll fit in very well. 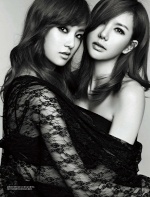 Personally, I don't want this line-up to change. I don't want anyone leaving or being added. I love how it is right now, and continually adding and graduating members is really hard on some fans. I now people are still not over Bekah and Kahi leaving. Although past additions have been pretty good, I just don't think I could handle anyone coming in haha:)