Just give five answers to the question posted by the poster above you, and then after answering, post another question for the next person to answer (:

Give me five reasons why you love After School! 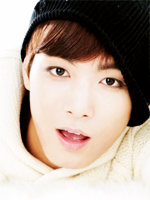 Give me 5 reasons why you love Raina

1. Her voice omg! The way she effortlessly hits the high notes and adds all that oomph into After School songs. I love her slower ballads like Cried While Putting on Make-Up as well as her belting out the insanely high "I'm changing love" line in Dressing Room.
2. How gorgeous she looks with long hair!
3. How no matter what she does, she looks cute.
4. How she looks out for her other members (like Bekah in Playgirlz School)
5. How good she is at talking!

Give me five concepts you want to see After School do!

1. I really, really want to see them do something which puts emphasis on youth and having fun, where they wear sneakers and sweat pants onstage. A concept which provides a sense unity like a school concept but a mature one where they express sexiness instead of cuteness. I want to see the type sexiness given off by a uniform instead of the type given off by showing skin or lingerie. I want to listen to something upbeat not melancholic.
2. A concept which doesn't focus on love.
3. Something with Kung Fu and break dancing combined.
4. A rock concept with E-young on the electric guitar and Raina on the piano. Ohh....I wanna see them do a cover of Youhna's Houki Boshi.
5. I want to see them do a concept about reunion..where all graduated member participate in the stage performances as well.

Give 5 of your favorite songs written by After School member(including graduated ones).

Give me five reasons about why you love Playgirlz School

1. I can see their dorkyness

Give me five AS OTPs that you think will come true!

Give me five songs you like from PLAYGIRLZ album 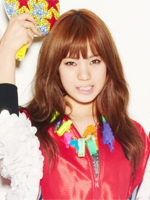 Give me five members that you don't want to graduate!

1.Uee. Although she's handling her actress career well, but she could do better (having romance weekly dramas instead of weekend dramas and such). In terms of group, once she graduates, a lot of the attention she brings to AS might fade away quickly but, mostly, since she's said so many times she really wants to be an idol, I believe she can still do more for the group; her discipline skills are basic for the team, as well as, whenever I go back to her CM song for Le Coq Sportif, she can actually bring her own vocally, although she's weaker than other members, and appeal to certain audiences who do like the candy sound she provides.
2.Jung-Ah. I trully wish she graduates when she can have a career of her own or she wishes to completely retire. Right now, she wouldn't be able to stand on her own. I even consider that whenever she leaves, she should do it with Raina so they could make their duo something permanent and official. Yes, it would mean lose both main vocals as well as if it happened, I rather see OC go; but it also would mean others could stand a chance.
3.NANA. Some people are screaming for her graduation, especially now she's become a model for BLENDA, but I do believe she's not yet that well positioned to do so. As well as I trully like her as a lead vocalist. The thing is, if she ever graduates, she could take on Dambi's dance diva position, so Dambi could finish transitioning to a more mature type of singer. Her Eyeliner solo proved she has material to do so.
4.E-Young. I wish she could become a whole musician before graduating. Being able to write songs for the group and produce more than a piano riff for a song. She's still not fully developed as a vocalist.
5.Juyeon. Although I love Lizzy, Raina and Kaeun, for Juyeon to graduate, she should have both her actress career and model career better settled. I don't believe she'll ever become a lead actress (however, I've seen worse actress do that), but she could trully be a pretty decent support one, and K-dramas are a well stablished industry for her to make a living, have her own fanbase, CM, etc. with that and modeling. I just don't want her to graduate yet. However, right now, I really don't want anyone to graduate until 2 years have passed.

Give me 5 positive things on your least favourite members.

This was hard because it forced me to rank the After School members, which I usually avoid doing. And I could only pick three for my "safe" list!

To be fair, I'm only ranking the currently active members.

1. E-Young can play many instruments and is clearly one of those people who were naturally talented at picking up things from young, be it instruments or physically demanding activities like pole dancing

2. Juyeon is gorgeous and doesn't take herself too seriously. She works hard at bettering herself even though she's not naturally talented at things like dancing or singing.

3. Lizzy is hilarious, especially when she pulls out all the stops and does her Busan accent. Her laughter is infectious and she truly is the happy virus of the group

4. UEE is really growing into her role as an actress. I'm glad that she's found something she likes (and I'm proud to say that she's good at it!) that can tide her over even after the idol wave is done.

5. Nana is elegant and carries herself with such grace and poise! I love how she is on Japanese variety programmes because you see a very different side to her -- she's much more playful and active, whereas she gets to retain her more 4D persona on Korean shows.

Give me five positive things about your favourite members!

1. Jooyeon - Hm what haven't I said about her yet? lol if she truly is worst at singing and dancing that means she has to work the hardest to keep up.

2. Nana - She seems confident about her (obvious beauty) now, even though people say she has an unattractive face makeup-free.

3. Jungah - She's a killer dancer and worked hard to learn pole art quickly so she could help teach the other members, yet doesn't seem to flaunt it or show it off.

4. UEE - She's the most popular member and an accomplished actress, but she seems to have maintained a very kind and down-to-earth demeanor.

5. Raina - I think she's received a lot of unfair flak for getting a majority of the lines. But she still works expand her skill as a singer.

Give me five underrated things about AS members!

1. Nana's singing. She's got a beautiful singing voice and a very versatile one too. She can do cute songs like in Funny Hunny, sexy songs like Eye Line and trots songs as well.

2. Lizzy's sexiness. Lizzy has proved that she can be very sexy. Although Lizzy ins't naturally sexy.

3. Raina's leadership skills. I know a lot of people aren't going to agree but that's my opinion

4. Juyeon's dancing. Juyeon may not be a naturally gifted dancer but she's shown that with hard work both After School and fans can be proud for her dancing.

Give me five of your favorite moments in Playgirlz School

1. Orange Caramel and Old Caramel filming their MVs in the amusement park

2. The jet-skiing! Kahi riding the jet-ski like a boss.

3. When they were doing their 'sexy dances' in the swimming pool.

4. When they had their restaurant opening day and all the fans went in for dinner.

Give me five reasons why you love your bias.

5 reasons why I love Kahi:

1. She's a great leader.
2. She's a great entertainer.
3. She exudes with charisma.
4. Her ageless looks.
5. She seems to understand what I like in music.

List your five favourite After School comebacks in ascending order.

Give me five of your favorite Japanese songs!

Give me five members who you think would be the most successful after graduation. 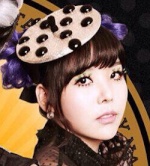 Give me five groups/singers you wish After School would collab with!

Give me five of your favorite non title songs by After School!

Give me 5 Maknaes who you love?

Not sue if you mean After School or not so I'll give you two lists!

Give me five members who you would love to see as leader of After School!

Give me 5 possible After School subgroups? (let your fantasy go, graduated members included)

Give me 5 AS members who you think will get married first!

Give me 5 rap parts in AS songs you like the best!

Honorable mention to the rap parts in Bad Guy!

Give me 5 of your favorite AS or OC dance routines!

1. I was really excited to see Kahi back one more time to perform Bang! with the other members. Bang! has a really powerful dance.


I know After School is good at powerful dances and well 2 and 3 are dance routines from the program Star Dance Battle they are soo good especially Kahi and Bekah, they are powerhouses XD
2.


4. I love the First Love Dance routine they just rocked the pole art and did not make it look trashy, it was nice. But I personally prefer the one they did on a year end special, this one is so classy and just made me wow


5. I can not forget a OC dance routine, they have a lot that I love and the one that is the most memorable is the on that they did in a comeback stage, the Michael Jackson team just made me fan girl even more XD


Give me 5 funny moments of AS or OC!