So many of the entries for this week's #SONGDAZE talked about AH! -- but the one that caught my eye was eloquently said by PlayboyzAdam:

And if I might add -- AH! was an extremely risky and challenging debut, but the After School girls pulled it off flawlessly, with a lot of sass to boot. It's definitely one of the memorable super rookie debuts in the K-Pop world.

The other track I really want to feature is Play Girlz. Kahi and Jungah first performed this track with Son Dam Bi, even before After School's official debut.

I love how Kahi and Bekah's rap and Jungah's husky vocals work so well here, making it an effortlessly sultry kind of song.

And here is their debut, all the way back from 2009, combining the best of both songs:

Remember that we are always collecting new entries for #SONGDAZE, so drop by and tell us which songs you like best, and why!

YAY!!!!!!!!!! My favorite song and comment got selected for SONGDAZE. I still listen to Ah and Playgirlz everyone day in the car

Oh, Adam, was that your comment? You didn't leave a name; shall I credit you? I thought it was very well written

Jayden wrote:Oh, Adam, was that your comment? You didn't leave a name; shall I credit you? I thought it was very well written

Thanks, I don't see any harm in being credited so OK

, I really didn't care about being credited I just wanted people to know what a great song I thought it was and I wanted to see what nice things other people had to say about it. Also thanks for selecting Playgirlz for this SONGDAZE as well. Both of these songs have a very special place in my heart.

Bringing this back up!

I know we've got a number of fans who've been supporting After School ever since their debut with AH! :)What were your feelings watching them perform AH! on the stage for the first time? Was there a moment when you decided yes, you're going to follow After School from now on?

Or for newer fans, when you look back at After School's debut era, especially with this song, how does it make you feel? Does it differ very much from the After School you know today?

Jayden wrote:when you look back at After School's debut era, especially with this song, how does it make you feel?

I miss those days. I wonder how Ah would be received by Kpop fans now. Back in those times I remembered they got criticized for being too sexy but sexy concepts are very common now days.

Jayden wrote:Does it differ very much from the After School you know today?

Kahi's charasmatic dancing and Bekah's fierce rapping were 2 defining qualities of the original After School. Without Kahi and Bekah After School isn't ever going to be the same. Some fans(I'm pretty sure most) think the current After School is an improvement from the original but After School has now lost one of Kpop best rappers and dancers which I think severely limits the quality of their work. I think their versatility as a group has also been limited. It's not likely that this rap concept that initially brought my attention to After School will be seen again considering the current member lineup. It's very apparent that After School, their songs and this fandom is slowing evolving towards a direction far from their debut days.

Okay.. Because I came in pretty late (When I first heard Because of you [Which is my first AS song and I oh so love it] it was already 4 months after they ended their promotions) I don't really know much about the album. But I did go backwards to watch Ah! and I think its a really interesting song. I like the dance choreography more though.

My favourite performance of Ah! is the one they did in the Japan Premium Bang Bang Concert. I think it looked really fun (especially Nana's part around the middle of the song when she fans herself). But that was still done with Kahi, so whether the current School can do Ah! again would still be an unknown factor.

As for Playgirlz, I never knew it existed until even longer, but I actually love it alot. Only down side is that its a short track. Its really quite 'swag' I think, and when HelloVenus debut, their 'Hello' track followed in a similar manner in my opinion. I really like both these songs insofar as they are their debut intro songs.

I guess for me, the most attractive point about these 2 songs is that they look really fun.

PS. I actually prefer the performance of Playgirlz and Ah! where they wear pink and white. In that one they performed the full Playgirlz I think.. 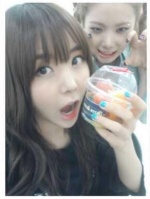 I'm one of those who wasn't from the start, but Ah! is one of awesome debut songs! It's fun, catchy, and cool performance~ so much energy and badass! Everyone looks so powerful and hot! (esp Jungah!*--*) I thought Soyoung and Joyeon are twins lol One of many things I love about AS is their powerful moves but also shows how much they have fun on stage~ and Ah! clearly shows that all!
Playgirlz is one hottest intro! I always blast it everyday and omg so much swag and badass! About rapping, yes it's one factor I think for their powerful point because Bekah is one of the best I've ever known, and now their rap I don't feel so much tbh. I wish they could add one strong rapper to the group~

I'd love them now to perform Ah! and I miss them performing Playgirlz ;w; And I agree Ah! is one of the best debut in Kpop^^ 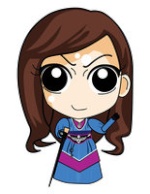