Student of the Month

Student of the Month

AfterSchoolDaze wouldn’t be half as vibrant without our faithful readers and commenters. Because of that, we’ve started a new ASDaze Student Awards, to feature one such commenter every month!

February's Student of the Month goes to none other than our first member to reach Second Grader status on the forum: PlayboyzAdam. 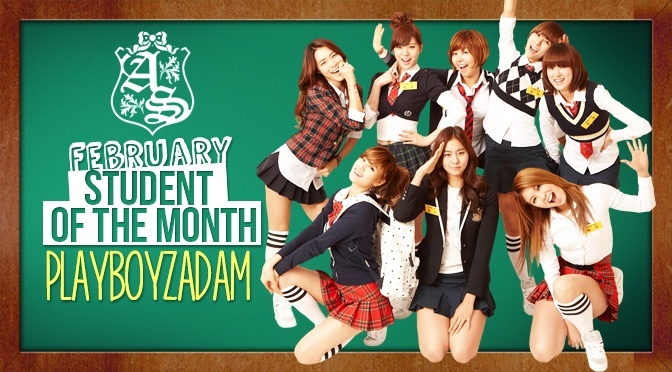 Adam struck us with his enthusiastic and insightful participation on the ASDaze Forums. His quote was also selected for our very first #SONGDAZE. We sat down to find out a bit more about Adam, his bias in After School, and what he likes best about AfterSchoolDaze.

2. How did you get into After School? What did you like about them? In 2009 I saw a video title Jpop vs Kpop featuring Scandal’s Shoujo S vs After School’s Ah. That was a very memorable year for me. In that year, I graduate from Uni, got my first job and discovered After School. After School caught my eyes with their unique sexy image. I really like their debute image.

3. Who is your bias, and why do you like her? Kahi is my ultimate bias. Kahi has many qualities that makes her my ultimate bias e.g. the charisma she exudes, the sincerity I see from her eyes and hear from her voice, her passion for performing and her leadership skills. 2009 was a very stressful year for me but Kahi always managed to lift my spirits when I see her perform.

5. What’s your favourite section/topic in the forums? What would you recommend to a forum newbie? My favorite topic is the Potential Next Leader topic in the After School Discussion forum. The discussion has revealed different sides of Raina that I don’t think some fans have taken notice of yet. I would recommend forum newbies try out the discussion section. It’s a good way to get to know the other members better, learn more about After School and let’s other members know more about you and what you think about After School.

6. Anything else you’d like to say! I think you guys are doing an awesome job, keep up the great work Smile

~*~
For his selection as Student of the Month, Adam wrote up an excellent discussion piece on whether Kahi is the selfish line hogger some believe her to be. Pop by the forum and check it out!

Thanks to Adam and every single reader who supports us by keeping up with our updates and donating to ASDaze! We wouldn’t be half the fansite without all of you ♥

Look out for March’s Student of the Month!